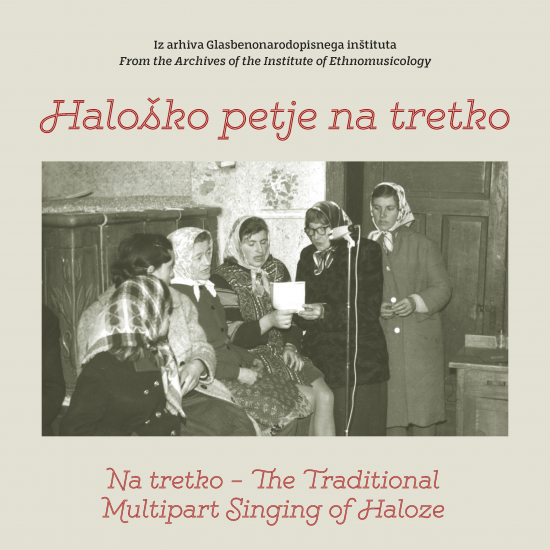 
The CD Haloško petje na tretko/Na tretko – the Traditional Multipart Singing of Haloze represents eighteen songs performed in the four part singing style named na tretko. Singing style na tretko can be found in different parts of Slovenian ethnic territory, but this audio publication is dedicated to the singing style that was recorded in Haloze, Styria. Audio examples cover the period from the late sixties of the 20th century to the recent time – when singing group Trstenke from Haloze started the revival of the singing na tretko. The records are enriched with ethnomusicological research by Urša Šivic. The CD supplements the monograph Haloško petje na tretko (2017) where transcriptions of songs published on the CD can also be found.

Use your phone to scan the QR code